This article analyses the rotation and the survival of undersecretaries in Chile during the governments of the Concertación (1990-2010) and the government of Sebastián Piñera (2010-2014). During the last decade, cabinets as an object of study have earned centrality among scholars who study the presidential functioning and those who study political elites. In this context, this paper analyses an object of study that has been overlooked: the undersecretaries, the second government line. Descriptively it examines the rotation of all undersecretaries of the period. With survival analysis, specifically proportional hazards models, the influence of institutional factors and critical events (shocks) as a kind of ministerial dependency, low presidential approval, corruption scandals are evaluated, among others, in relation with the permanence of the undersecretaries in office. The findings of this article allow thought about factors that are part and influence the political system and emerge as predictors of risk/survival in the undersecretariats. This makes this work an original contribution to the generation of knowledge about the role that undersecretaries have played within the government. 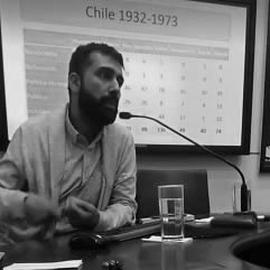